Welcome to our online advice library. Here’s some random articles from it. You’ll probably find it a little easier to navigate from the menu above!

This Month in the Garden
For what to plant now in Melbourne, and other garden ideas, check out our monthly tips and tricks. Read on…

Vegetable Lore
Every vegetable has a story to tell.  Put your ear to the ground, and come along for a horticultural, pharmaceutical, gastronomic and historical tour of the characters in your veggie bed. Read on…

November in the Garden

November 8, 2021
For the Melbourne climate… In the veggie patch It’s getting late for planting a few things from seed but you […] 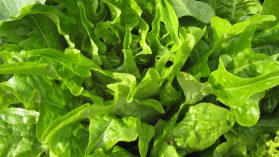 April 22, 2021
Lactuca Sativa Family: Asteracea One of the world’s most popular vegetables of which there are thousands of varieties. Lettuce is […]

February in the Garden

February 1, 2014
It’s still pretty warm outside, but there are some tasty seedlings that can be planted out at the end of […]

Dealing with Lead in Soil

August 6, 2010
Check back here in on December 2011 for our page on lead in urban soils and strategies for dealing with […] 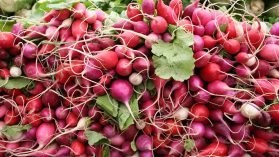 April 22, 2021
Raphanus sativus Family: Brassicaceae If you haven’t ever tried to grow food for yourself here is your new best friend. […]

October in the Garden

October 1, 2021
October is a great time in the veggie patch.  Things are warming up and it’s time to get those seedlings […]

July in the Garden

June 18, 2021
What to plant now (July in Melbourne and other cool temperate parts of Australia) Veggies: It’s truly cold now, but […]

La Niña – is she bringing the rain party or not?

November 23, 2020
If you’re in Melbourne and you’ve had a niggling wonder as to why you’ve needed to water your garden a […]

January in the Garden

January 1, 2014
This month will be your absolute last chance to sow some summer crops for autumn harvest, so slip, slop, slap […]

April 13, 2009
There are still plenty of green tomatoes around and plenty of apples too, try this chutney recipe from Nathan’s mum […]

Another day, another community garden that we're i

Healthy soil is the foundation of any edible garde

The mulberries are fruiting, the broad beans are p

VEG is looking for that someone special! Are you o

Tomatoes: plant them out now or wait until after C

We’re so grateful to be able to continue support