On April 4 2010 we had a news item about Dan & Amanda’s garden install in Yarraville.  It’s now a real forest and we harvest a good amount from it every day.  Here’s an update with some pics of the garden’s evolution (through the coldest, slowest-growing months of the year).  We did exactly what we do for our customers (same wood, soil, amendments, seedlings), so if we’ve recently put a garden in for you – rest-assured there some good green-filled times ahead (and quicker too now it’s Spring)! 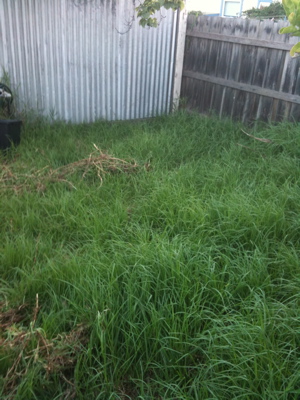 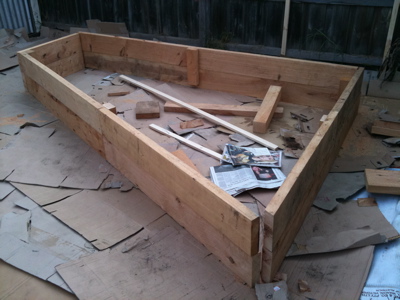 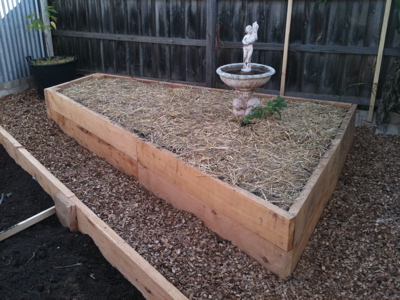 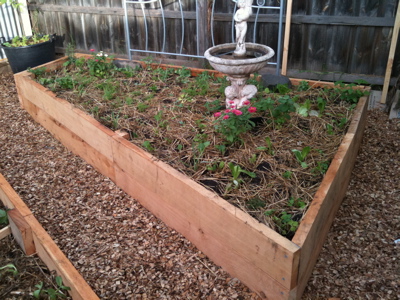 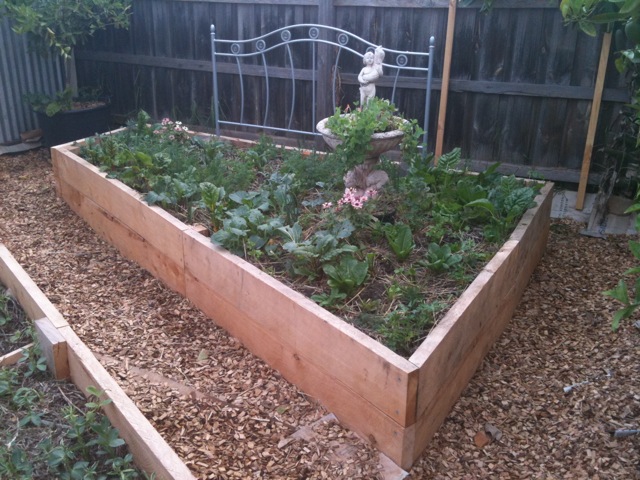 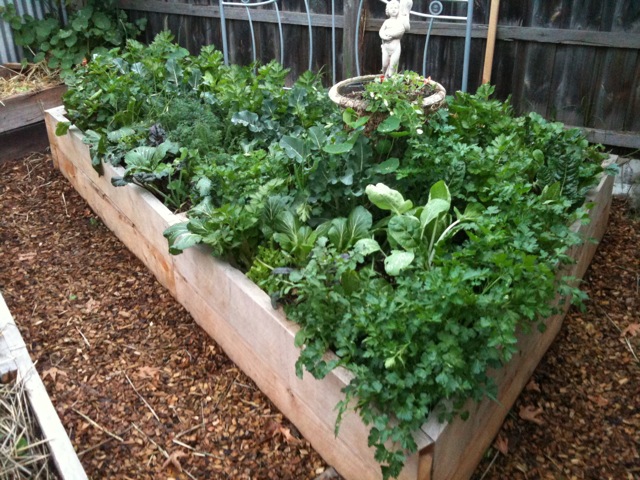 Bill Mollison once said you can never have enough parsley.  Actually, we think we have enough ;-)… 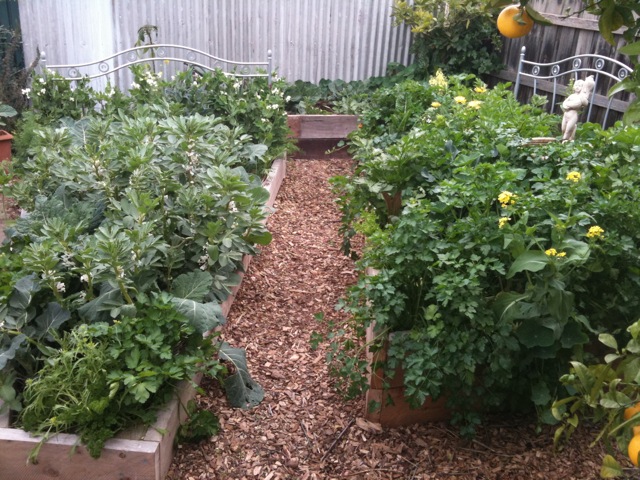 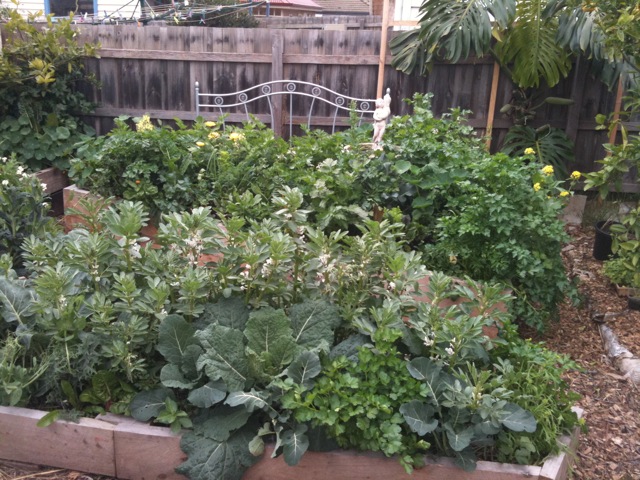