Carey’s a rather practical chap; handy building a straw-bale workroom, bakes a tasty loaf of sourdough, and his ‘kraut isn’t too shabby either. Sprouts and or Essene bread are usually on the menu, together with his forbidden raw dairy love ‘kefir‘ (the drink, not the cow.. although he loves his cows too..).

Belonging mostly to another era (less so if he trimmed his beard and updated the duds), Carey’s a bee keeper and a budding farmer, having ventured into (well, not exactly into) commercial compost toilet systems, large scale composting & worm farming, and gotten a taste for Community Supported Agriculture at the Forty-K Farm in Melton. Permaculture and more recently Holistic Management are helping steer his passion for producing good food close to home in way that is slowly but surely restoring health, diversity and habitat to ailing landscapes, pantries and intestinal systems.

Add to this a background of motorcycle mechanics, renewable energy technologies, bio-diesel misadventures, indigenous flora revegetation, and community activism, and you’ll see that Carey’s really not a bad fellow to have around. Need a trailer reversed? Got a spot of welding to do? He’s your man. And if you want to shut down a coal loader, or see him whoop VEG’s ping-pong hot-shot Dan, just say the word (note this is yet to occur but apparently 2014 Dan is going down). [Note from editor: Turns out Dan reigned supreme…] 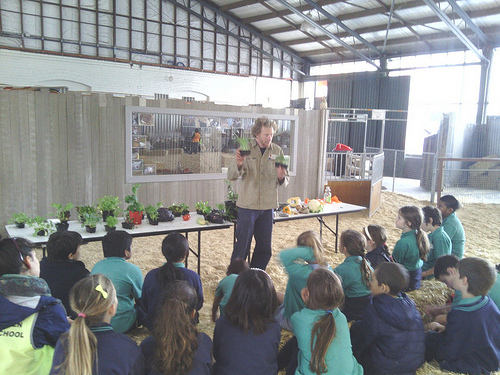 He’s also a drummer (does one lose points for this? Probably, and just as well), having taken fermented foods to the stage with funk band The Aprons, and enjoys a tootle on the flute, a slap of the bass, a twinkle on the piano or a finger-pick of the guitar whenever time allows. Best if you don’t hear him sing though..

Jack of all trades and master of none? We think a couple more years supporting Team VEG and Carey will be a very well rounded (if somewhat thin) fellow. Whenever he starts showing signs of Vitamin D deficiency, we let him out of the Veg-Cave (aka Veg Warehouse), to help out at festivals and presentations, where he waxes lyrical about growing nourishing food, caring for chickens, bees etc and or generally reducing our burden on the planet – after a couple of hours we put him back in the cave to continue cutting Veg Bed kit-sets, and building lovely Veg chook houses. 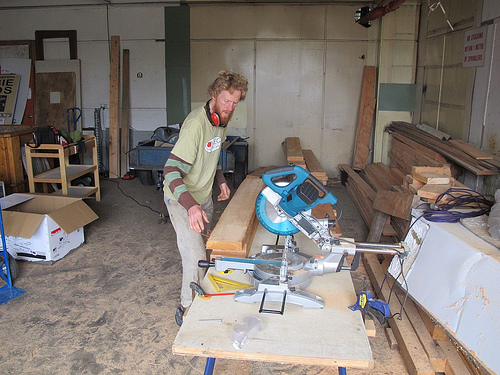 Carey at large in the VEG warehouse Mark I

Whilst he hasn’t quite done the Veg Will Power (Will Pullin) cycle around Australia, he’s covered much ground by foot, bicycle, hitching and trains – en route to WWOOFing adventures, bush-walks, festivals, meetings, protests, work, and life.

Here’s a picture of Carey trying to use a bee-smoker to make his ‘fro grow.. Actually he’s just firing it up before tending the bees, which he keeps at various friends places, such as the incredible Rose Creek Estate: 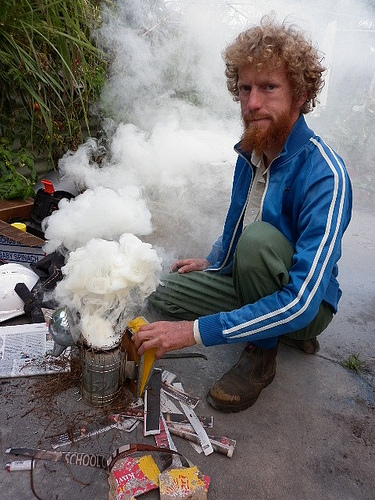 Drop by the VEG Warehouse sometime for a game of pong, cup of kefir, or beat-box raps about chickens, worms, politics, or life in general.