If you haven’t yet heard of the super incredible Rose Creek Estate, we wonder, where have you been?

If you haven’t yet been to one of their thousand-strong open day festivals.. then it’s probably just a matter of time.

Now you might wonder where we’ve been, having taken so long to write a post about a winter vineyard prunathon.. but after you see pictures of the lunch you’ll appreciate that we’re still recovering..

But what a great way to learn new skills or refresh old ones, to work alongside friends old and new, share some so-called ‘peasant food’ to die for, and help our hosts give their vineyard a winter trim, just in time for the Spring Festival.

With award winning wines & olive oil on tap, Tony & Lina shine with a life force and passion for what they do that makes us just want to stand near them. Up & down the hill all day every day, sending workers home with arms over-flowing with bounty from the land, hard work & generosity barely begin to describe them. Over forty years they’ve been at it there in East Keilor, and show no signs of letting up. We thought we’d share some pics from the day, so you could have a taste of it too.

Off to a good start with early August weather in Melbourne.. and flowers in bloom WTF!? 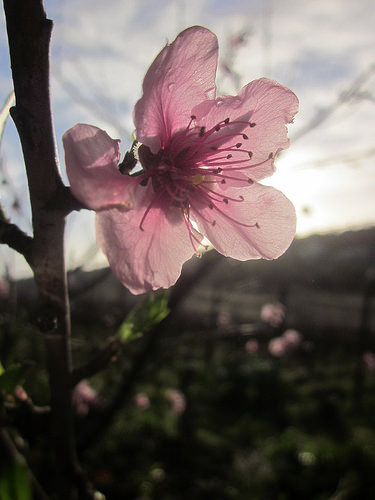 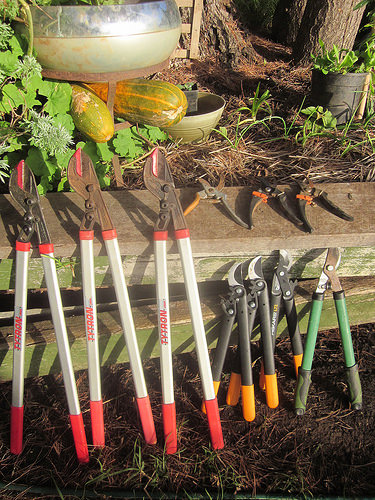 And so nice to share in someone’s secateur sharpening epiphany ..”so this is how you do it!” 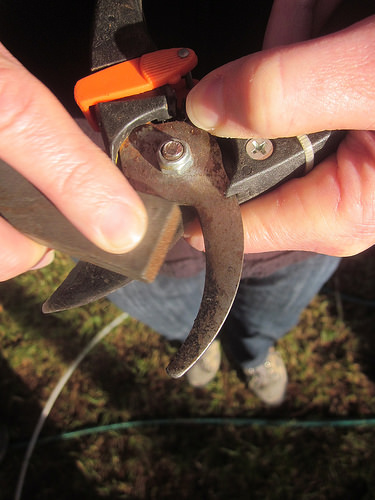 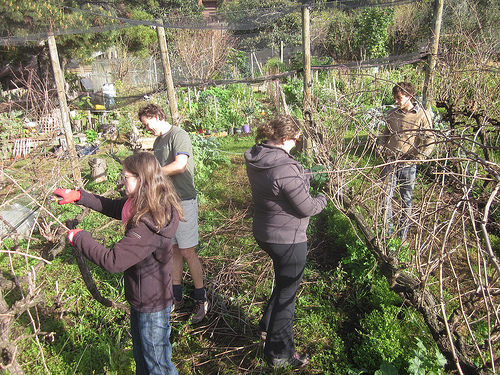 Leaving a trail of vine-canes in their wake 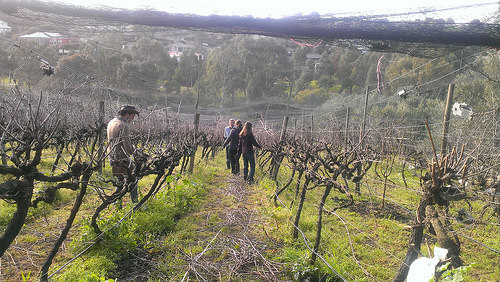 But what is work without laughter, and joy? Tony cracking a joke a minute here! 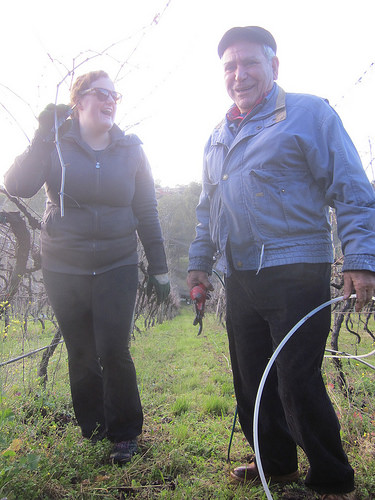 Where food & habitat meet – an old nest of a thrifty bird using what appears to be nylon fibres for a more modern, upmarket non biodegradable nest material 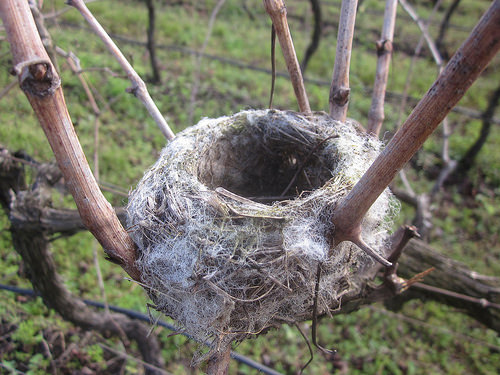 Lina nourishes the troops with real deal fresh made ricotta for morning tea! 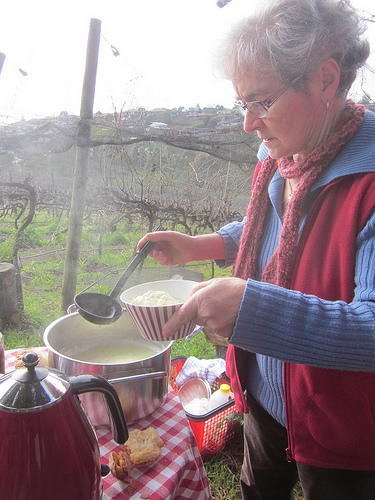 First some crunchy bread – the more stale & crunchy the better! 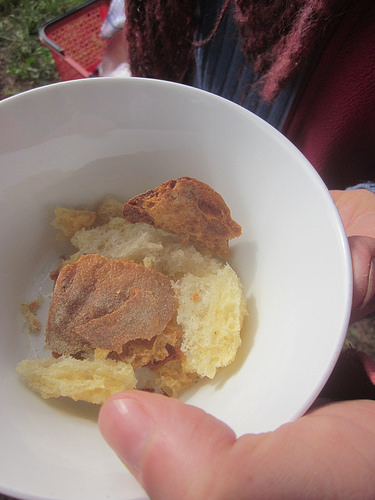 Then comes the goodness to make it right again 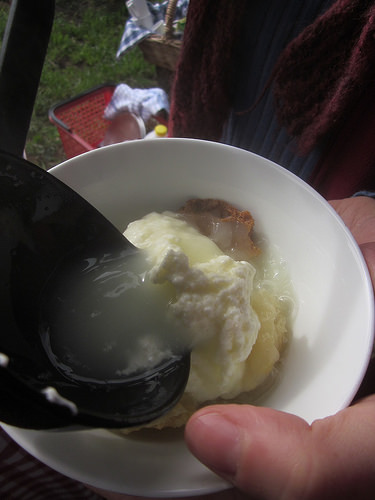 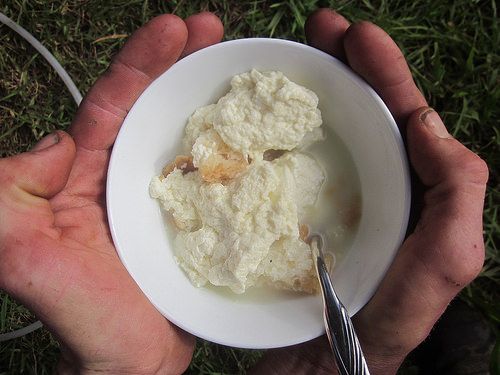 But Veg’s Farmer Paul (FP) is prone to get a little too excited by such things.. 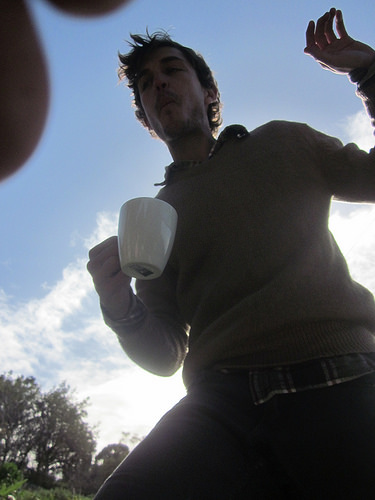 And Veg’s Will Power (WP) has to calm him down a bit.. 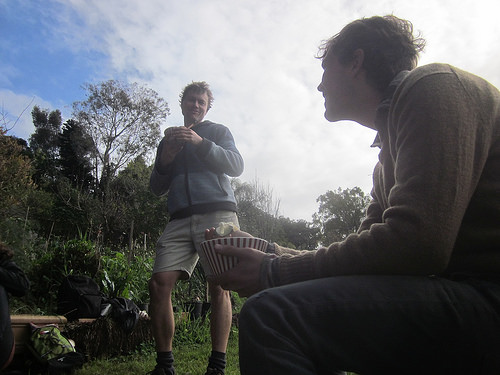 But that doesn’t work for long.. 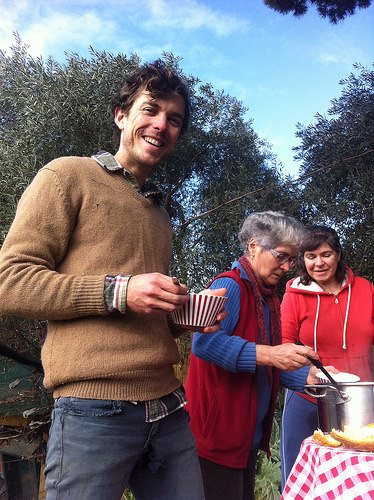 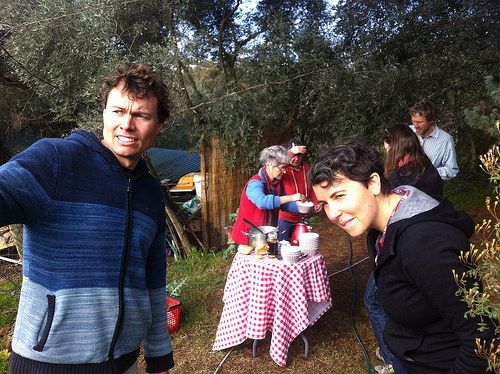 So Lina gives us all a good talking to.. 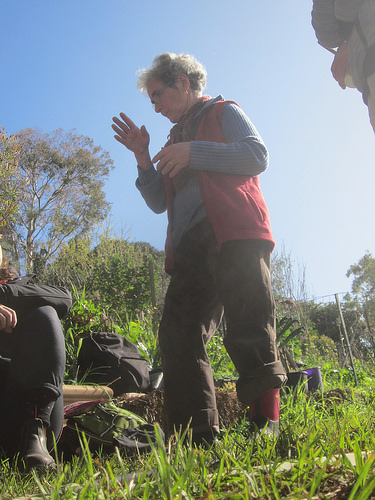 But on the whole morning tea is a screaming success 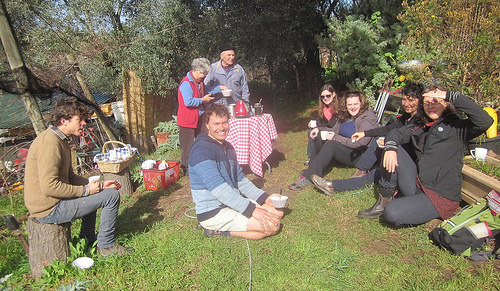 So anyway we blitzed on ’til we got a few blisters and some RSI, and got the whole lot done. Acres of vines, bam! 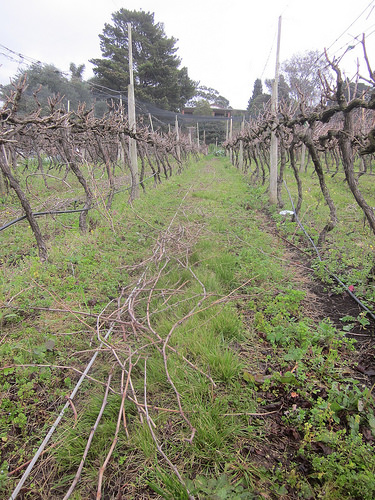 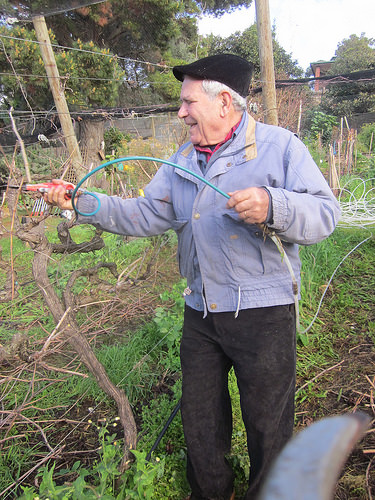 And just when you thought it couldn’t get any better than morning tea, there was lunch. Here Lina behind a shroud of heat & smoke humbly smiles despite the phenomenal amount of work she’s put into the whole affair. Talk about unsung heroine, I think the least we could do is make a song for her. Grit, determination, sheer hard work, un-wavering commitment, and such a beautiful spirit, they could be some of the words. 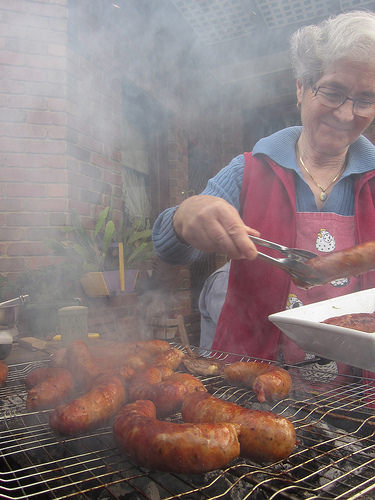 First she knocks our socks off with traditional pasta styles.. bowls of home grown borlotti beans.. 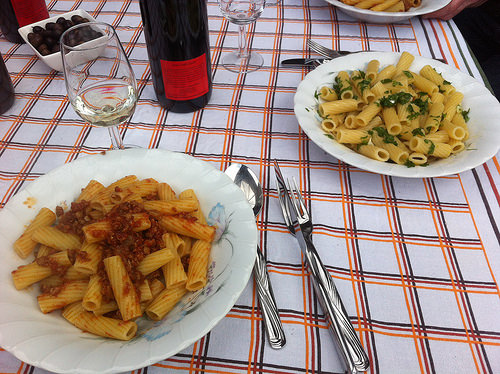 Then seals the deal with the most amazing home made free range pork sausages, bacon, Cima Di Rapa (cousin of Broccoli but more leafy), and pickled green beans, not to mention some of their finest white & red wines.. 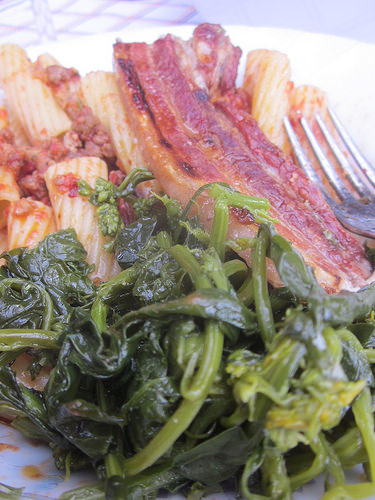 In case you were wondering what Will Power looks like after a bottle and a half of said wines.. 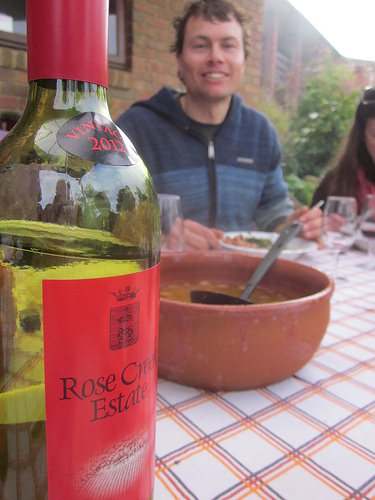 At which point he and FP break out their moon-walks 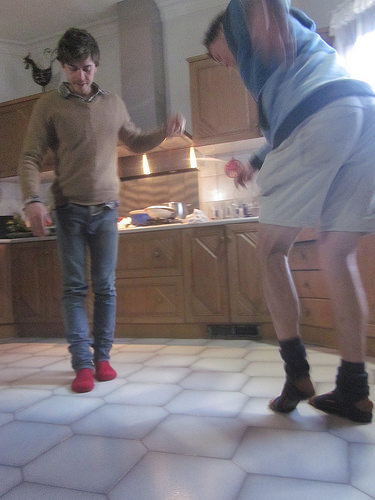 I think this is what conviviality is, or looks like. 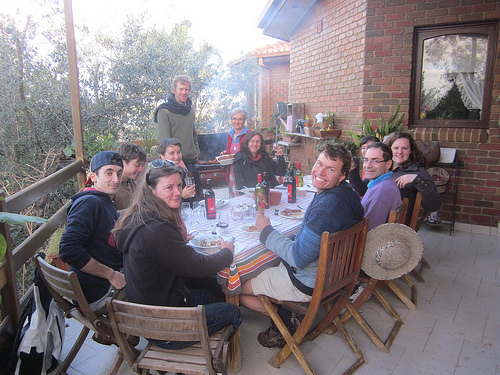 And with much thanks to our glowing hosts who’ve set that high bar of long term passion & commitment that seems lost in our hyper drive era of image crafting social super highways and political perniciousness; to get a dose of something real like this was a much needed remedy, and one to which we’ll return. 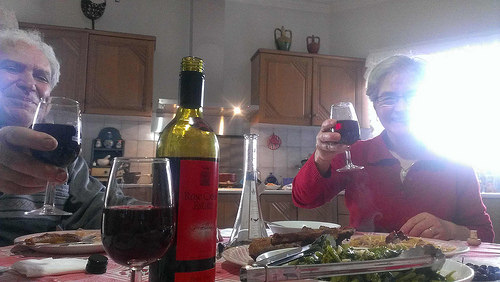