From the wilderness… a VEG newsletter 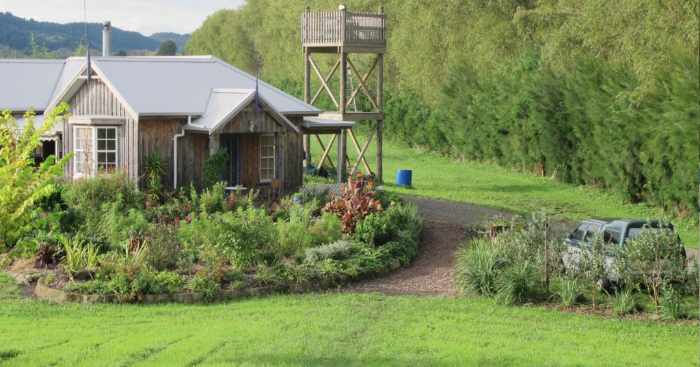 Greetings! Did you miss us?

It’s been a while since we wrote a newsletter, and we’ve been receiving the odd email along the lines of:

“Hey, um… are you guys alright? It’s just, I’ve been following you for ages but you haven’t updated the website in, like, a year.”

You might be forgiven for imagining that we at Very Edible Gardens – haunted by the spectres of global politics and truffle-infused Happy Meals – had become weird recluses, with choko vines slowly closing in over the broken windows of our dilapidated mudbrick homes, where we and our house-chickens subsist on little more than day-old bread and port wine. Well, allow us to dissuade you of these notions. We have in fact been quite achieve-y these last 12 months. Indeed, we’ve been pursuing whole new VEG side projects, books, and radio, designing and building a multitude of gardens (and small farms), running courses, engaging in new intellectual romances, and we have a prodigal son returning. Admittedly, there really are choko vines over everything though. Read on to find out more, but first our April gardening tips…

To try on a better visual image of our last 12 months, consider the photo above — the truly beautiful and productive property Dan has been developing with his parents in NZ.

This month in the garden 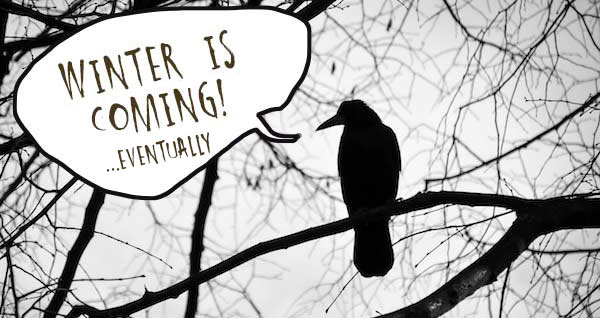 Yes, the days are getting shorter. Yes, the first frosts may soon be here. But don’t simply run around shouting “winter is coming!” April is still peak harvest season! (With so many pomegranates, persimmons and feijoas you’ll never want it to end.) And it’s also time to make sure that in a couple of months you don’t look out onto a backyard of ‘white walkers’ and despair, but instead see a lush array of delicious winter veggies. Read what to plant, and other tips over on our April in the Garden page. 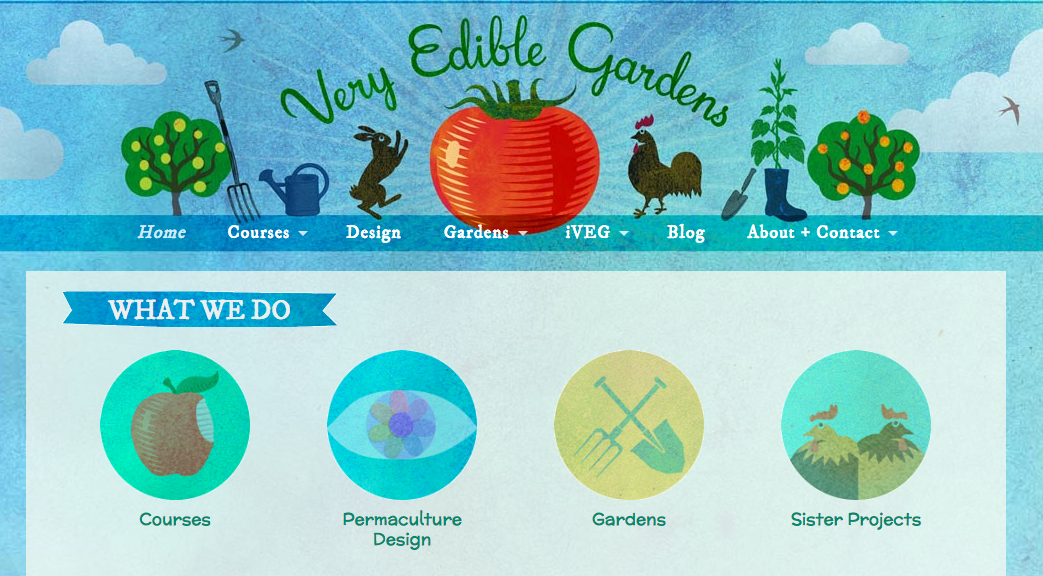 Our old website was over eight years old – from an era when when MySpace ruled the internet, and computers were steam powered, the size Volkswagens, and about as fuel efficient. Well, after all those long years of almost-adequate service, we’ve finally retired it and have ourselves a new VEG website. It’s got all our upcoming courses, garden offerings and our rather elaborate online advice library.

Not only do we have a new main VEG website, but it has been procreating! (Don’t ask how.) We have, this month, officially launched our VEG Wicking Beds enterprise, headed by the affable and professional Jeremy Prentice, which you can find out about at: www.wickingbeds.com.au. Talk about the power of capillary action. No idea what we’re talking about? Check out the VEG Wicking Beds video we just made. If you watch the whole thing, there’s a bad after-credits joke at the end. Just saying. 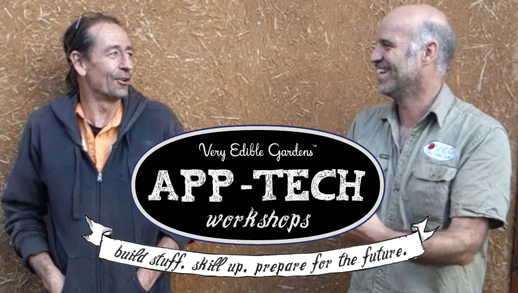 When we’re not being inappropriate, we strive to be very appropriate indeed — technologically speaking. We’ve partnered with the magnificent human multi-tools Tim Barker and Joel Meadows — honestly, two of the best teachers and doers in the world — to put together some hands-on workshops and share some online resources on what they do so well and love: making stuff that you can build with your hands that makes life better and doesn’t screw up the earth. This has got it’s own website too: www.appropriatetechnology.com.

Imagine a camp out (or glamp out) for two weeks of edu-holiday-tainment in permaculture design and ecological literacy at a beautiful farm in Central Vic. This is our once-a-year flagship course, and the next one starts on Oct 27th. Here are a few pics from the last edition. And yes – of course – it’s got its own sexy website too: pdc.veryediblegardens.com.au!

Hey, we still love the band, but sometimes you’ve got to have indulge some side-projects too. Here are some of our current faves… 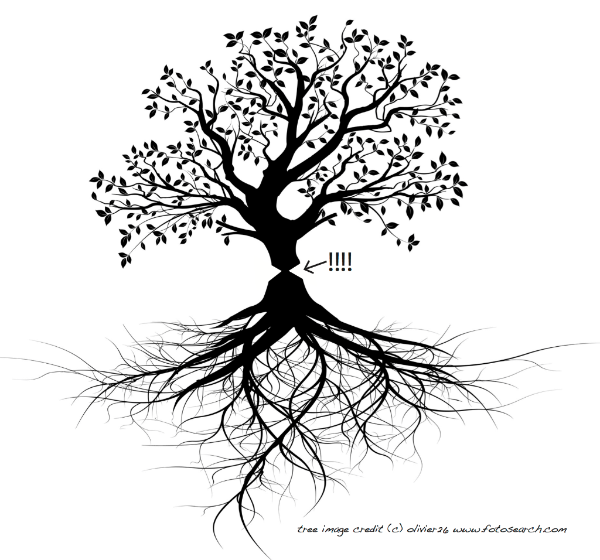 Dan’s been active on a blog called Making Permaculture Stronger where he’s been kicking up a fuss about the idea of getting real about permaculture’s weaknesses so we can make ’em stronger. Catch up on the MPS story here and get involved in the active discussions and commentaries going on there every day.

The Art of Frugalising your Hedonism 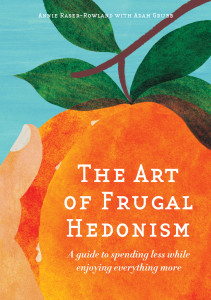 Annie & Adam (authors of The Weed Forager’s Handbook), have written another book: The Art of Frugal Hedonism: A Guide to Spending Less While Enjoying Everything More. The illustrious Christos Tsiolkas says it’s “…an absolute joy. It is good-natured not pious, humane not self-righteous, and a guide to ethical living that makes the impossible possible. I am happy to make this my bible.” Go on, indulge yourself (it’s quite cheap). 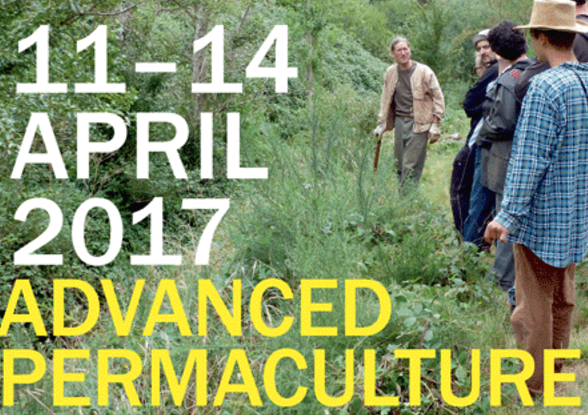 Dan is ever-so-slightly excited to be co-facilitating this workshop with David Holmgren very shortly. Part of the focus is for David and Dan to explore synergies between David’s many decades of living and refining permaculture design processes (after having co-originated it) with Dan’s recent efforts at Making Permaculture Stronger.

VEG branches out into designer bathrooms! 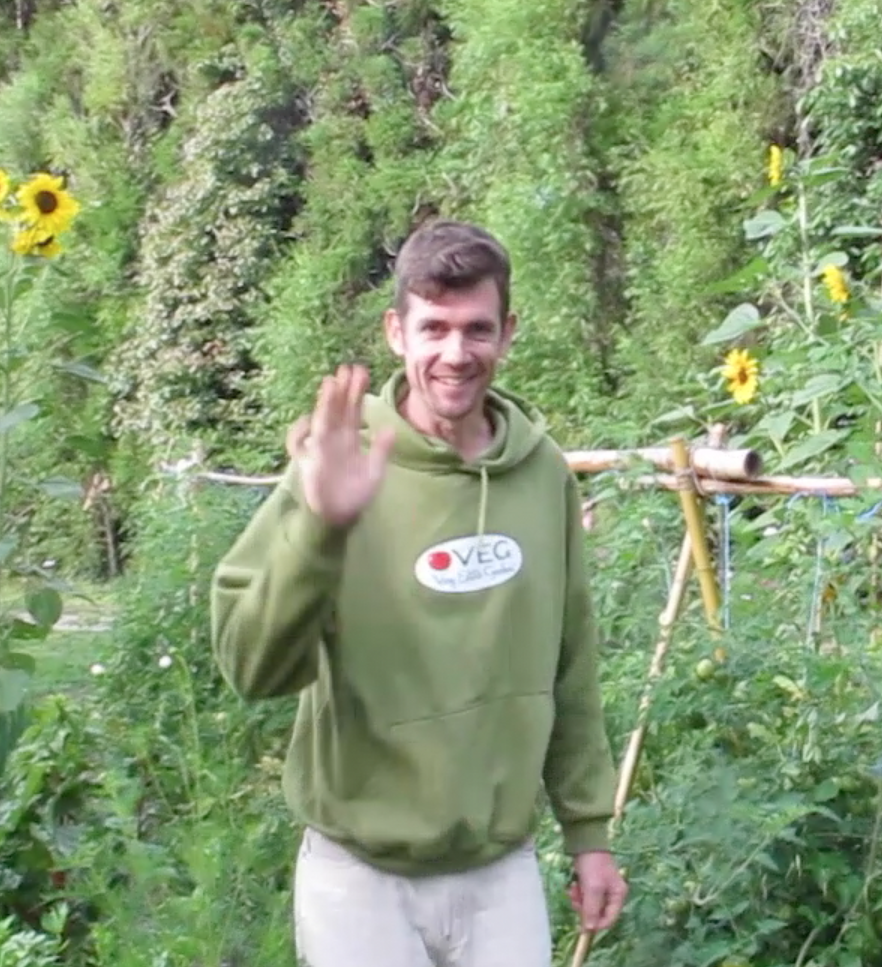 Dan is B.I.T. (back in town) after a two-year double house bus family adventure in NZ. It was there where the fam lived with a designer bathroom. Seriously, once you’ve made a decent chicken house, you can make anything! You can also see some drone footage of their latest set-up here.

Fare thee well our friends. Go well, grow well, and until next time, which hopefully won’t be a little less than a year this time around ;-).

Adam, Dan and the VEG Team